Mobile gaming is yet to take off in India like it has in China. But investors from across the border clearly see the potential for it in the world’s second largest smartphone market.

Shunwei Capital, founded by Xiaomi boss Lei Jun, today led a series A investment of US$5 million along with Accel Partners in Bangalore-based gaming startup Mech Mocha. Early investor Blume Ventures also participated in the round.

We hope to share our experience in China and use it to create new opportunities for Mech Mocha in India.

Monetization has been hard so far in the Indian market with online consumers being reluctant spenders. But there’s been a surge in downloads of games, with India climbing to fifth globally in tandem with the ongoing smartphone boom. Last year, India overtook the US to become the world’s second largest smartphone market with over 300 million active users.

These numbers coupled with a GDP growth rate of over 7 percent hold out hope for game publishers and investors. The expectation is that a tipping point will come when spending power increases, like it did in China. “Mech Mocha is an example of a solid team in a market that is yet to explode,” says Karthik Reddy of Blume Ventures, who invested in the startup’s seed round of US$1 million in 2015, along with Indian ecommerce site Flipkart. Founded by tech graduates Arpita Kapoor, Mohit Rangaraju, and Shilp Gupta, Mech Mocha claims its first India-focused game – Chhota Bheem Himalayan – has 4 million players and good rankings in Google Play. The team of 30 artists and engineers previously worked at American gaming companies like Electronic Arts, Zynga, Disney, and Dreamworks. The challenge is monetization – it’s early days in that respect for Indian gaming companies, with the top-grossing game publishers being from the US, Europe, China, and Japan.

Top-grossing games on Google Play in 2016 Here’s where Shunwei Capital comes in. “We hope to share our experience in China and use it to create new opportunities for Mech Mocha in India,” says Tuck Lye Koh, founding partner and CEO of Shunwei Capital, which currently manages US$2 billion in funds. Earlier this year, Shunwei made its debut in India with an investment in used car marketplace Truebil.

We aim to learn from the massive Chinese gaming market and introduce Chinese mobile games to the Indian audience.

Mech Mocha’s CEO and co-founder Arpita Kapoor is hoping for some Chinese magic to be a game-changer: “With Shunwei, we aim to learn from the massive Chinese gaming market and introduce Chinese mobile games to the Indian audience.”

Shunwei Capital’s Lei Jun is also the founder and CEO of Xiaomi, which has seen a good run in India and will be hoping to build an ecosystem of services around its smartphones like it has done in China. Mech Mocha’s other lead investor, Accel Partners, also brings rich experience in the gaming space with its investments in Supercell and Rovio.

The series A round for Mech Mocha comes on the heels of 99games, part of the seasoned Udupi-based app maker Robosoft near Bangalore, getting funded by Dream Incubator of Japan. This, too, is aimed both at taking the lead in the local market as well as gaining access to other, more developed markets.

Revenue from gaming apps in app stores is expected to rise from US$46 billion this year US$65 billion in 2020, with Asia Pacific leading the charge. The share of revenue for non-gaming apps is improving from a low base, but the lion’s share still goes to games. 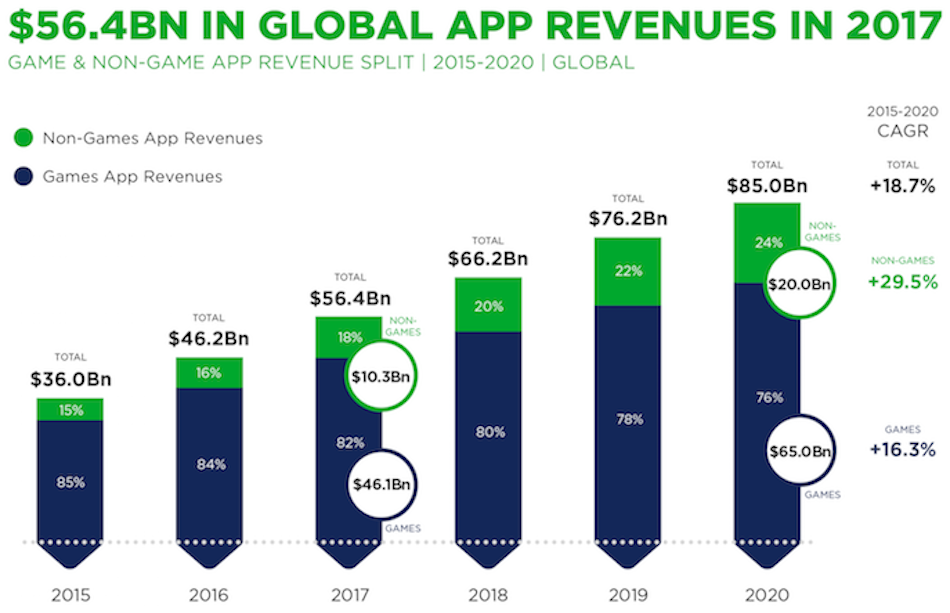 From Climate Change to the Dangers of Smoking: How Powerful Interests ‘Made Us Doubt Everything’

This site uses Akismet to reduce spam. Learn how your comment data is processed.

A Critical Flaw Is Affecting Thousands of WordPress Sites

F5 for PS5: All your PlayStation 5 preorder links in one place

The Race to Get Convalescent Plasma to Covid-19 Patients

From Climate Change to the Dangers of Smoking: How Powerful Interests ‘Made Us Doubt Everything’